The Prime Minister blasted Ankara for its current foreign policy that, he said, is ignoring international law on the high seas. 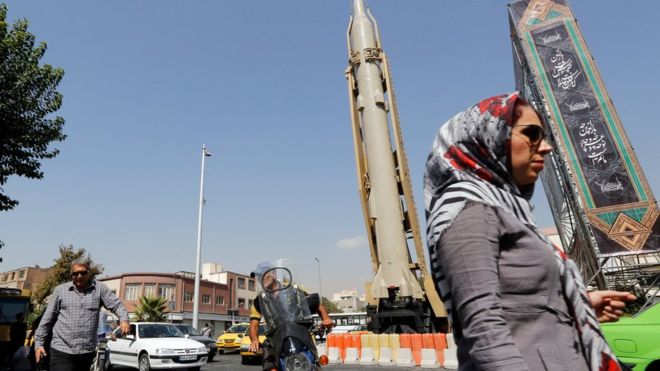 Three European powers have warned the UN that Iran is developing nuclear-capable ballistic missiles in violation of a Security Council resolution.

Iranian General Allahnoor Noorollahi, a top advisor to the commander of the IRGC Officers College, said during a speech on November 29, 2019 that 21 of the US bases in the region are targets for Iran’s missiles reports MEMRI. General Noorollahi claims that Iran has more powerful capabilities. He also added that Iran prepared for “the greatest war against the greatest enemy.”

Israel has reportedly threatened Palestinian Islamic Jihad that it will assassinate the group’s leader Ziad al-Nakhla if the rocket fire continues, an Arab media report claimed on Wednesday. Al-Nakhla is said to be based in Damascus.